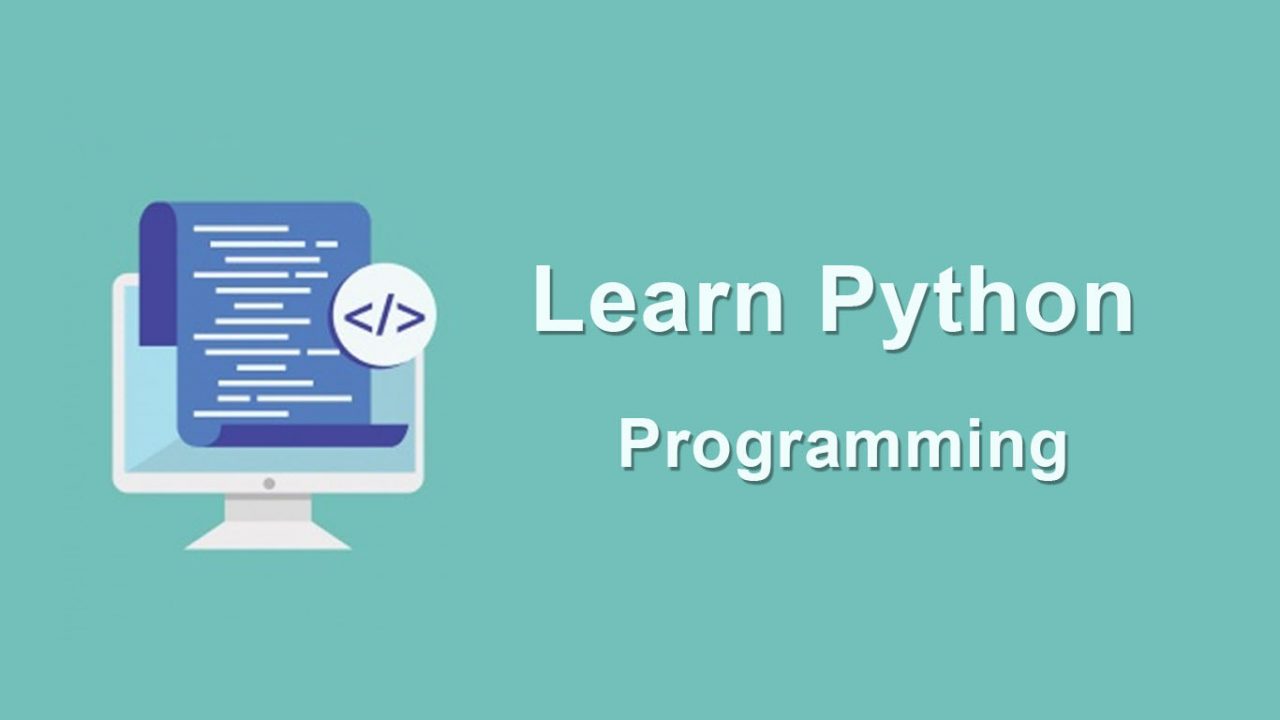 Are you new to Programming language? Are you seeking for an easy, perfect and a powerful high level object-oriented programming language? Trying to learn computer programming for the first time? Then, I presume I have got one. May I present you the program and resource, a general purposed, a high ranged of apps, best resource to learn Python Programming. Introducing Python programming, it was designed by Monty python in 1991 with the primary objective to ease the user to write clear programs on both small and large scale. Having the features of dynamic tape system, automatic memory management, it too has large comprehensive standard dictionary. Since being a general purposed language, the best resources of python programming can be just made on anything, with the right tools or libraries.

Have being the interpreted language; it does not need compiler to run as interpreter runs the program itself. There are various advantages of using this program language. Let me present you with some of it. The main advantage is that it is a easy, simple elegant, not overly strict. Because of its simplicity, this language can be used by any users and understood with ease. It is thus, a beginner friendly language. This program has no any hard and fast rule so that we can easily run until we hit problematic part. The structure language is clean and length of the code is relatively short as it allows you to think about the problem rather than on structured language.

What you learn is what your teacher teaches you. Among much available resource to learn python you should choose the easy, cheap, up to dates and large course covering resource for best knowledge of python. Few of them are listed below. 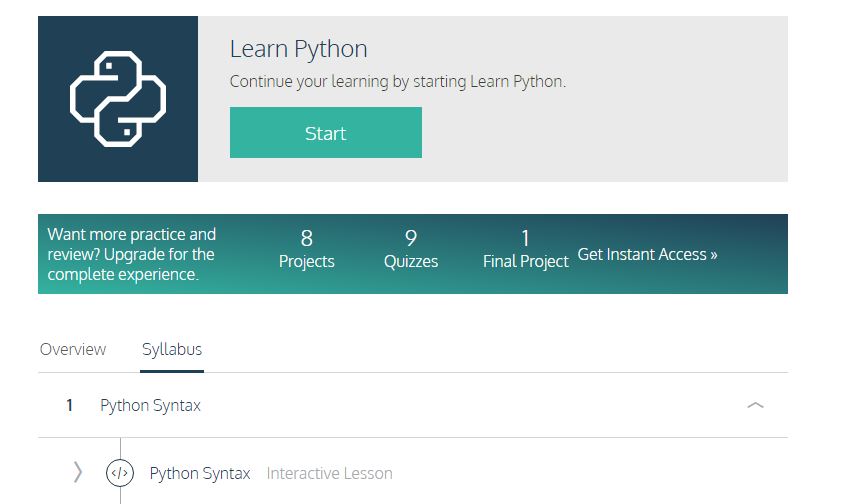 It is one of most preferred, free, interactive online course to beginners. Along with syntax, string, consol output, control flow etc it teaches other languages as well. Its main facility is you can code directly and view the result. The course duration is almost 13 hrs.
Visit Code Academy 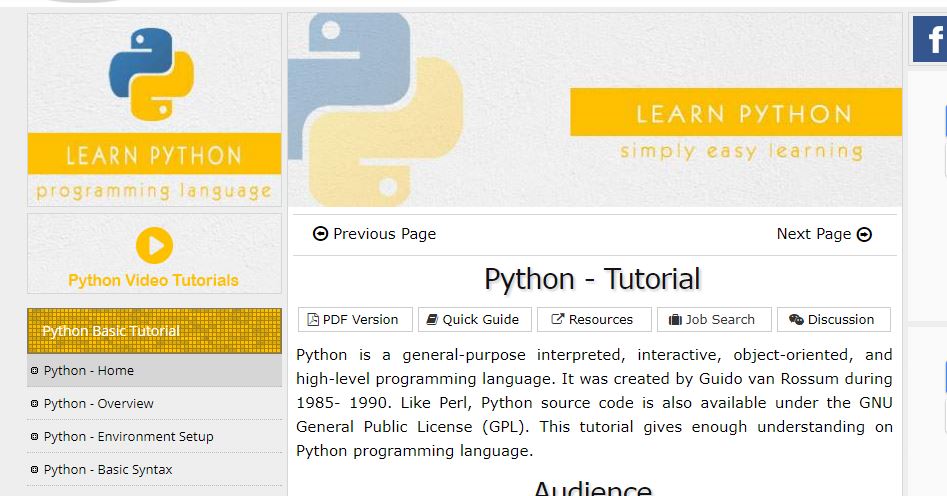 Most is most used eBook to learn python designed by zed Shaw. It uses python 2.7 and mainly preferred by beginners. The code wherever may be shown error by python 3, is best equipped for python 2.7.
Start Learning

If you are already in web design and use python 2 then this eBook is best for you to learn python. It is free has reverent examples and allows also to download HTML and PDF version of the book. It explains terms as string, class, variable etc.
Python Tutorial

It is also free course designs for intermediate and experts. Being one of most frequently used site it includes course as python decorates, integrating nodes JS, soothing Git authors etc.
Python Tutorial

A Bye of Python

This was designed by swaroop and has been proven best for the beginners. It gives all basic knowledge of python and makes you able to use python fluently. But for advancement you need to look for some other option. It is also free course.
Start Now

It contains teaching material like videos, writing examples for the people with little knowledge in web programming. It was created by Nick paralante and consists of 2 day course with writing exercise at the end on each chapter.
Start Learning

If you like to learn by solving and writing yourself the python challenge might be you destiny. It doesn’t gives you lectures but instead give you the 33 set of challenging subject to solve. This is learning through solving riddle.
Python Challenge

Being the official site of python learning it has the best resources to learn. It is very frequently up dated and well designed for beginners, as well it also consists of advance course like python libraries, distributing and extending python modules etc.
Python Tutorial Online

This book is free and designed for beginners. The best part of think python is that the difficult part is dividing to smaller sequences making it easier. It has wide range and exercises and major focus in debugging.
Start Now

For the intermediate coders this is one of most interactive python learning site. This site focuses on the difference between python 2 and python 3. The class that starts with hello codes finally leads you to final exercise of each chapter and makes you do yourself to learn.
Learn Python

This is designed for the one with good knowledge of python 2. This mainly focuses on coding python rather than introduction so is useful to the one who already knows programming.

Conclusion
The best Python programming resources have been one of the established global language .The likes of the greatest organization like NASA, Google, Wikipedia use this language it is used by instagram for powering it, by Intel for microchips. It is too used in various software products as scripting language. Similarly, it is used to make games .Also it helps in creating visual effects and many more. Furthermore, it can also be used in Artificial Intelligence, information security etc. The best resource of python, this wide range of usage has made this language one of the top five programming languages in the world.