Choosing a right library for form management can be quite confusing since most of them are similar. However, its details on tiny level of different react form example that you should look into. These details will help you find out which react form for native applications with reactjs will best suit you. These react form should be of redux nature of course because of validation requirement.

Form are the source of information so there’s no denying they are one of the important components on websites. They help you know and reach your customers. But why should they even bother to fill any of your form if it is full of hassle and not appealing at all. You should consider including best types of form which will assist user in every way possible while accepting valid data. User shouldn’t feel its been eternity since they started filling the form.

From depth of the webs we bring you a collection of 15+ react form component varying in terms of appearance, functionality and mainly field actions. Some are ready to be included in your site while some will help to craft form ideas for you.

Continue to find out which form may best suit your application from examples below.

Its always better to get a helping hand when going through a number of choices. It is almost certain that one is likely to make a mistake or consume some considerable time doing that alone. As a designer and developer of a system or website it is important to consider how much comfortable and easy users are feeling.

An intelligent form that only requires its users to make the final decision is what users demand. Consider why google is so popular for web queries. Its because with little input its gives some high quality relevant results. Similarly, a form with auto suggestion, predefined drop down list and calendar for selecting dates easily is the offering of first react form example today.

You can also consider the react form components example we have here as encyclopedia of form needs. What are the possible components of a form? User filled text ? Done. Date input accepting only dd-mm-yyyy or other format? Done. Email and password verification field? Done. You keep on naming I will keep on saying done because on below link you’ll find solution for all.

You’ll find all things that you can imagine for a form along with option to choose font color of inputs. Moreover, on the basis of your application requirement you can choose to either align the react native form horizontally, vertically or with fields only.

Systems are very intelligent these days. They take no rubbish and expect quality as well as complete data. This is very important because its first step for a quality output. The main purpose of having an online form system is to reduce chances of mistakenly filling wrong data since there’s no any built mechanism to check that manually.

Whether it be a wrong data or incomplete data alerting users to correct them before submission is a must. Moreover, when showing alert the form should only focus on wrong field while other fields remaining as it is. The reactjs form example here shows us exactly how it can be done.

Who wouldn’t like a hassle-less and super easy to integrate react form for any web or native application. Validation is a simple feature added just above standard html markup. While doing so it is also necessary to keep the performance to acceptable or even higher level. Considering the same thing the react form supports native validation without any dependency.

Another point to make you go for this react form example is that it minimizes the volume to re-render form. This boosts the performance of the website and with state being locale it easily adopts as per requirement.

The main purpose that you are reading this article is to bring maximum out of a plain form. While we have covered a number of topics to make an amazing website layout from buttons to headers, form validation with reactjs is something appealing as well as functional.

First things first, the layout is not ugly at all rather beautiful. With just input type label we would see an ugly layout. Auto suggest and dynamic drop down list are helpful but that’s only for predefined data set. Some fields such as password requires to follow some standard rules for security reasons. So while entering the password itself there could be a suggestion bar floating nearby and verifying which terms are met and which are left. This increases users usability with the form fill up action.

Here we have a recurrence rules generator form built with react. We all have an alarm clock application in our mobile phone. Its most likely that we set alarm not for a particular date but on reoccurring fashion. It maybe weekday morning alarms or weekend exercise routines. With this form the system admins can set rules for their applications.

Most if not all business applications have some set of recurring rule which may change as per policy and needs. Take an example of banking application which calculates the interest amount on every quarter of the year. Suppose to stay competitive the bank offers the same in every 25 days. So now it would be really convenient if there was option to change the rule like in this form. Otherwise, going through every line of code and changing it would be another level of hassle.

Would you like some beautifully crafted email input component to increase subscriber count ? If yes, then you have come to the right place. The component only accepts input in email format. Its not that you enter 1234 and message pops up saying mail sent to 1234. Only after proper email format the system will process further.

Other attractive features to consider this redux form includes support to both synchronous and asynchronous validation, attractive react fonts and UI components and extensible plugins.

Along with react validation comes the management hassle. Solutions to this may come at great price in the form of many features. These features may not even end up being used. Therefore, consuming extra space effecting the performance. The example covers the use of react hook that attempts to simply managing form state by using familiar native form elements.

Want API and more on the documentation the follow the link below and feel free to try for yourself.

While asking users to fill up a form the input can be categorized into different classes. Whether it may be included in the form header or not each field is in alignment to certain type. So asking users input in a sequence of steps under certain categorization can be a better approach rather than a single and long form list. This enables proper space utilization along with clear idea to user about input.

There’s no point of navigating forward if basic information is not met. Like if there’s no valid card number then what’s the meaning of asking pin for validation. Therefore, with multi step react redux form, system becomes more secure and managed from very beginning.

This react redux form is for better validation and value management. If you’re looking for a complete input flexibility while providing minimal wiring the do check out this one. You have complete control on which field to render and how each one renders.

The library offers quick and painless handling of HTML form validation and serialization. Above all, there’s no restriction on form markup, or unnecessary boilerplate. The reactjs form has benefits over traditional approach by leveraging a schema validation system.

The reactjs form a modern way to include survey related form for your website and native applications. Since the form may include any type of question where user may have to provide their free view or select one of the options given; there must be provision to handle each one. Keeping this in mind the reactjs form supports text questions, boolean questions, matrix questions and a number of more options.

With this library it will be very easy for you to create frequent survey questions, quiz for your website. Therefore, giving a fresh contents to your site time and again.

Uniforms is a set of react libraries for building forms. You can select a range of form themes such as AntD, bootstrap, material UI or semantic UI. Furthermore, you can integrate the react form with various schemas like JSON, GraphQL and SimpleSchema. The form generates automatically and every schemas can be rendered from the field.

You don’t have to completely depend upon what the library offers since there’s a ton of customization available. From freedom of creating custom fields to its definition this reactjs library stands out among a number of other libraries.

React Formio is a react library for rendering out forms based on the Form.io platform which is a web application simplifying the connection between forms and APIs. It offers to integrate between third party providers and legacy systems while maintaining control of data.

Leaving out all other features, its security that stands out the most. People accept bad layout but can’t compromise with security. Since these forms also involve passing of critical data such as password and credit card information its security that matters the most. Here we get firewall deployment along with role based access. Furthermore, key level encryption, on transit encryption and multiple authentication protects data from thief and misuse.

Its a react native form capable of building html forms out of json schema. By default it uses bootstrap semantics. Not only some registration form but the reactjs form can be useful in any application using a series of user input. A simple example is a task management application which requires user input for tasks to be performed with its status. Moreover, a series of task can be encapsulated within a single title.

Not only from user point of view but admin control to arrange ad customize field makes it a valuable inclusion for any application. Whether it be files upload form, password verification or a date data you can find all from link below.

The reactjs form with sample data to allow users learn as they enter the data in the field. You may not find an easier form for your website than this. Simple to use and designed to work on any website.

The final react form example is one of the most common redux form that you may have seen in google forms. The redux form deals with a number of react fields such as text, email, number increment/decrement, password and so on. Above these the form detects whether or not some field have been left out or not in format before submission.

These are only the few examples of react redux form available to either directly include to your site or learn or take inspirations from. Layout is important but what’s even more important is functionality and security concerns. Now that you have got some idea on native form for react applications you can start crafting your ideas for further enhancement. 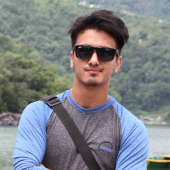 Simant is a computer engineering graduate passionate about designing, coding and developing effective yet simple solutions. He is a content developer along with marketing experience in the IT sector.