Robot on Rise: Everything About Robot Development For Programmer

The great Albert Einstein once said “Imagination is far better than knowledge”. Infact we have reached to such far extent of development, innovation and technologies by hearting the quote and striving for more and more. Miracle in technologies, especially in the field of Robot development may leave you amazed because latest development in this field has way left the orthodox systems. Let me visualize you with an example. You may have heard of Sofia. Not a girl in talking about, it’s a humanoid robot that has become a media sensation recently being the first robot to get citizenship offered by Saudi Arabia. This justifies the robot development in this modern world. Indeed, Robot is a machine, programmable by a computer which is capable of carrying out the complex series of actions automatically. With Robot development, they reduce huge pile of human effort having solved many works that human cannot do.

Firstly, let’s now talk how things are done in course of Robot development. The real hero beside this majestic work of creating robot, the great programmers. Also programmers are the one who does all the work in creating the robots, developing artificial Intelligence and giving command to the robot. . They make technological development of robots leads to its application in diverse fields like industry, medicine, and military, space explorations and many other risky jobs too. Now we’ll discuss about some facts about robot and programmers.

How does Robot Works?

On the basic level, Robot is a structural device that works on integration of various systems and devices. First of all, engineering of structure of the robot is done to give the shape of the robot. Then, they work on muscle system to make robot flexible and movable. After this, the process is to develop sensory system to analyze the things happening in the environment and then power system is also maintained. Lastly, but most important brain system needs to be manipulated so that it can run all the sensory and other systems. After this is done, various attributes should be developed like morality and intelligence with senses . So controlling is the major functionality of robot creation done by programming.

What programming I should learn?

Infact, programming is the backbone of robot development. So you should learn different programming languages in order to acknowledge robotics and master it which depends on the simplicity you feel. They use various programming languages like BASIC/PASCAL, industrial robot language, LISP, hardware description language, Assembly, C#, java, python, C, C++ and many more.

Where should I learn?

Along with many programming language, this online sites has specialization in robot. It offers you 6 courses, some projects and also a certificate when completed. The courses are from basics to advancements with practical examples and are interactive.
Learn

Construction of Robot, its programming basics functioning of each part, this is what udemy teaches. And maybe this is all you need as well. The courses are not free but cost seems too less in comparison to what it can offer. Along you can learn C++ or python from this very site for programming your Robert.
Learn

Beside these there are some other useful sites that may be helpful to you are:

What are the innovative companies in Robotic?

As of now, there are many companies which are established to research on robotic field. From advancements in artificial intelligence to self-driving cars, the companies working on the world of tomorrow today are advancing a lot. Some companies that have done remarkable efforts are:

What is the average salary for Programmers?

As already discussed, Programmer job is the engineering of the world, the modern world. Thu, this has a lot of scope in this world. Programmers do earn huge amount of money on the basis of their work. Let me give the statistics of earning of a programmer. The average income of a programmer in world is $12/hr. and in US, it rises to $25/hr. In general, they earn $157/hr. globally and US, its $72/hr. Moreover Colombia is the country with highest earning of $1, 15,000 annually.

Grazing the field of robotics today, infact robots have done a miracle. With the micro elements to the macro elements that we use, we see around us. Robots have infact minimized our effort and increased the work rate. Indeed, it is that thing that you can see in everything around you. Also Robotics have a lot of implications in modern day and also used in lots of things. It can be a revolution in medicine field. In Industry, it can do the work of 100 people and thus save the human effort. It also can do a lot of risky jobs like bomb sites and many other explosive experiments. They can be used in various types of researches.

Thus, Programmers have a lot of workload to do this remarkable job. The last think what can be said is that new innovations have been done in this field and we can expect more daily. 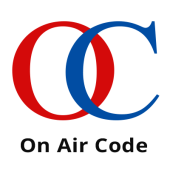 Why Responsive Web Design Is Important?