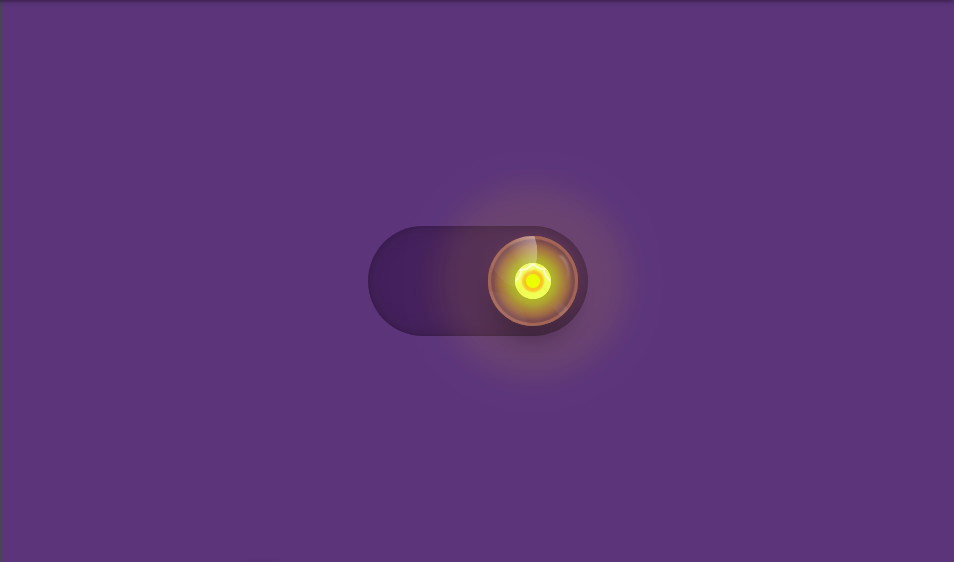 The toggle switch is the component which is used to select one of two option. They act like on and off switch. They are usually used in enabling and disabling the element in the web page also they are applicable in form too. The switch can be of different design because it increases users experience. We can see lots of different type of CSS toggle and JS toggle example in this article.

The toggle switch helps to save time in input form because the user can give input just by moving the button. Also, they are used to switch between the pages.

The toggle button HTML are applicable because of their function of switching between the components.

Here we have lots of the example on the CSS toggle and JS toggle. These toggles are simple, clean and great in the design. The best toggle switch is discussed as below:

This toggle switch is by the Florin Pop in Codepen. This has a beautiful design and also the animation on the background makes it even more amazing.

There are three buttons with a different background color so, when the button is clicked the animation effect can be seen.

The toggle switches use HTML and CSS so it will be more easy to understand. The use of the color and the radial effect on toggling makes the toggle switch amazing.

CSS grid toggle is a simple and clean toggle button that changes its color to green on toggling. The toggle effect is fast as well as smooth too.

This is made with HTML and CSS(SCSS).

Gender toggle is the Codepen example by Chintu Yadav Sara. It is the unique toggle switch where the user moves button between male and female gender signs.

The animation is smooth and the change in the color is clean. This example is beautiful from the design perspective.

Wimbledon toggle switch is a very interesting toggle switch. This JS toggle example is beautiful as well as clean too. This design is inspired by the Wimbledon stadium and tennis.

This can be best for the sport-related webpage or application. The animation and also the texture of the component are mindblowing.

Slap toggle is named after its animation effect because the animation while toggling seems like slapping. The animation is smooth and effective because it gives appealing looks to the switch.

This toggle switch uses HTML, CSS and also JavaScript. These make it more attractive and lively. This can be a good JS toggle example.

Day and night toggle button is a beautifully designed button that really makes the change of atmosphere. The toggling will change the day to night and vice versa.

This toggle switch uses HTML, CSS and also JavaScript. The effect while toggling is amazing.

This example shows the use of element manipulation on the toggling of the switch.

The CSS Checkbox Toggle Switch is a simple example of a toggle switch. It is the use of a checkbox of HTML form input and uses it as a toggle switch using the CSS style. The toggling will change the background color to green.

The use of HTML and CSS makes it easy to understand. Also, this pen is a really simple example to learn.

Simple CSS toggle is a simple example by Tim Wickstrom in Codepen. This example uses pure HTML and CSS only. The simple but beautiful design really helps to understand the toggle switch concept.

This example is different as you can toggle the button between the option by clicking the text. The toggle is working when the user clicks on the specific part of the web page too.

This types of toggle switch are usable for the web page or application where toggling happens on clicking other elements.

This example is a pure CSS toggle switch that has lots of different buttons. We can see multiple options for a single switch.

This type of switch is applicable for options with multiple tabs. Also, we can see the simple example of toggling the button in this example.

This is completely one example of the CSS toggle. The transition animation is smooth as well as clean.

This toggle switch is inspired by the dribble. You need to check this toggle at least once, also it uses HTML and pure CSS so it will be easy to understand.

This is a beautiful example of a toggle switch also the animation is really amazing. The toggling animation makes it more lively. You can get a link to the Youtube where you can see a tutorial on this example.

The animation and the tutorial make this example more attractive. This example is usable for the projects.

Totoro is the character from the animated tale by director Hayao Miyazaki. The use of Totoro in the toggle button makes it more user-friendly. The rolling effect of Totoro is amazing while toggling.

We can see the change in the Totoro as well as the background while toggling.

This pen is by Marcus Burnette in Codepen. The design for this example is simple and also beautiful too. This is CSS toggle so the CSS and HTML are present in the code. The toggling changes the background of the switch. Also, the transition of the switch is beautiful.

This type of simple, as well as a beautiful toggle, is usable in the project because they are simple and functional.

The Toy Toggle Switch is another amazing example of great animation effects. The toggling of the button is smooth which looks like a rolling ball. The texture of the button resembles the toy.

This button uses HTML and CSS but still, it looks stunning. The example is highly usable inside the project as its simple to understand.

This pen is by Pali Madra in Codepen. We can see multiple toggle buttons. The buttons are simple and clean with simple animation. The toggling of the button will change the color of the button.

The example uses HTML and CSS so the user can easily integrate into their project. These types of a simple but applicable switch can use in the projects.

This CSS toggle example is by  Hanan on Codepen. The switching of the buttons doesn’t have any animation other than button movement. The simple nature of the switch makes it more effective to use in the project.

The use of HTML and CSS in a minimum way makes it easily understandable as well as executable. This pen is the best example to learn CSS toggle and also HTML Switch Button.

The toggle switch is useful in giving a decision as a user because of its click function. Users can give the input on the toggling of the button so this saves the time of users. The switch needs to be used properly in the right place. We can see lots of different HTML switch buttons with different animation with it, so user experiences increase.

Above we have lots of examples of toggle switch with various amazing animation. Most of the examples are simple and easy to understand, as well as some examples were bit complex too. We can use those example but we need to be alert about what type of switch we need to implement. The switch should not look much complex due to animation also some simple animation may help in user experiences.