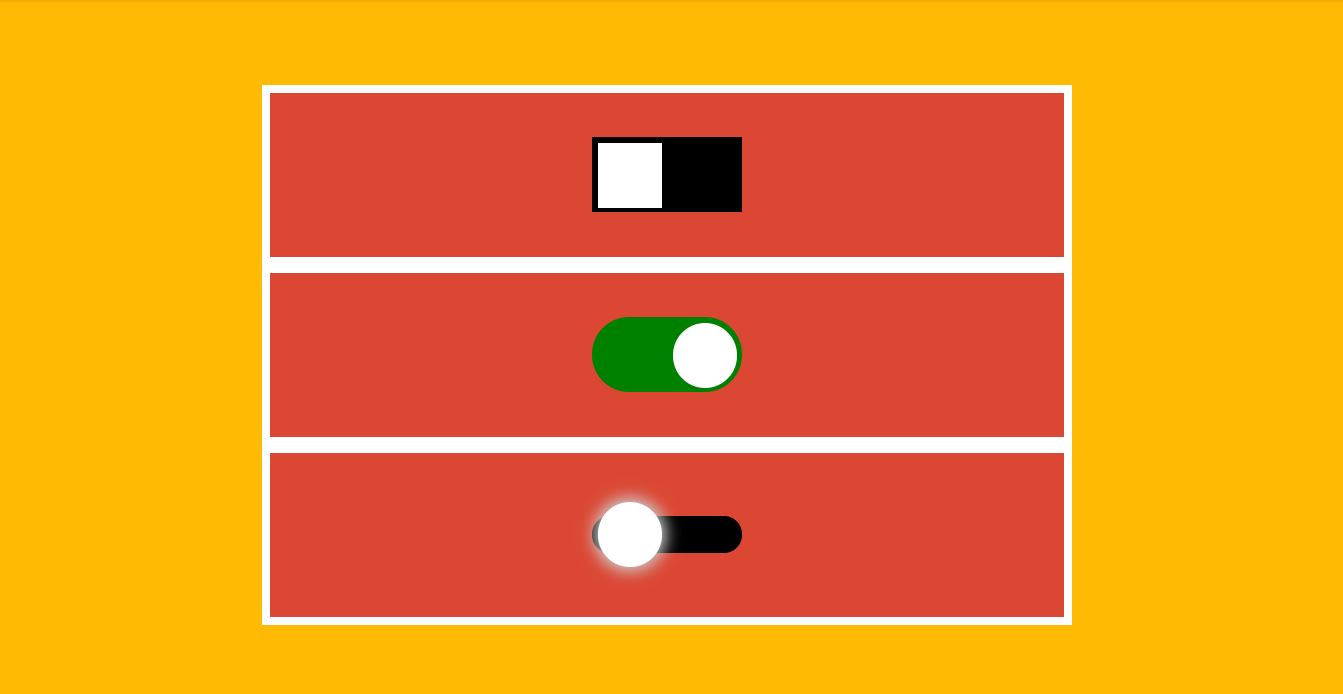 React Toggle Switch component is a custom HTML5 input type checkbox that enables you to execute a toggle (on / off) between check and uncheck states. Moreover, It supports various sizes, labels, positions of labels and customization of UIs. React switch Component is nowaday widely used because of its incredible results. So, as to need in your implementation, you can make use of distinct switch dimensions, default and small. Basically, it Supports HTML shapes, template-driven (angular) shapes and reactive shapes seamlessly. This React Toggle Components or React Switch Components is simple and uses of it is more worthy.

The react toggle switch components is crucial in programming aspects. However, it is a tremendous factor for making the toggle switch button. But reacts have brought with a straightforward technique and is a super catchy too. So, learn something new here to build your own toggle switch components and make your valuable projects. Usually, they are used to enable and disable the component on the web page as well as in shape. The change can be of distinct design as it improves the experience of customers as well.

There are many toggle switch components out of many we have a few libraries that will assist you to solve your queries rapidly. so, Let’s learn together this react examples and started to make our own.

Here are 9 amazing react toggle switch components we are going to describing take a look.

This component of reacting is primarily used to select one of two predefined options. Usually used as a button on / off. It is mostly used in a number of different forms as they are fairly easy to use and cut the time it takes to fill all the inputs.

You can see here is a GitHub which will guide you to make toggling options. Here are numerous examples you can add in your design. Make your toggle components with or without standard label tag also you can custom icons, class names, etc.

React toggle switch is one of the best components you have seen so far. This is a simple and lightweight example of the toggle switch react components. As needed in your implementation, you can make using of HTML CSS and js of distinct switch dimensions, square, rounded also default and small too. After toggling the background color will change into green take a look once.

This one is the simple example of reacting toggle switch. Web applications generally require provisions to be made for user interactions. One of the main ways in which user interactions can be provided is through forms. The data you need from a customer is usually boolean-for instance: yes or no, true or false, allow or disable, on or off, etc. So, If you want this then using it is more incredible.

Not only for android devices but react has made its position great in ios devices too i.e Switch element is used in both android and iOS apps to execute ON-OFF type features. This demo helps you to know how reacts switch works on android devices. The toggle impact is both quick and smooth also it works with the label and you can drag or click to toggle. It changes the background color to green on toggling. Furthermore, reacts has given a great impact on ios devices in terms of switch components

Use the mouse to drag or touch the screen this draggable toggle switch of reacts components has made amazing features. This one is accessible to the user with visual impairment and those who are unable to use the mouse. You can add color and is easy to customizable too. Moreover, it includes awesome features it is use in small pack-gzipped of 2kb, work sensitively styling by default. Also, Uses inline styles, so a distinct CSS file need not be imported.

It is a simple and clean toggle button that changes its background color when toggling. The toggle effects are rapid and smooth too. It gives enticing looks to the switch and the effects of toggling are amazing take a look and try to make such a beautiful toggle switch.

As many toggling switches are the same but work differently. This reactjs switch button is awesome because of its color. It is demonstrate through beautiful CSS also for it javascript and HTML are in need. It is using HTML form input checkbox and using the CSS style as a toggle switch. In this demo, you can see the button is green in color when you move towards the left it changes it’s color to the blue, isn’t it cool?

This topic might you learn more times and I guess you found different in different looks. As you are a developer and you want to try something different why not you look for this example as well. This is a really simple example to learn and efficient to use. It is basic for all to learn in this demo you see switch changes the color to blue on toggling and background remains the same with no effects.

Might you have used the button radio in your form to click for male and female?. Here you learn something different the use of radio button toggle switch in react example. As all form control should have labels and this includes react buttons. Besides the toggle functionality make the radio button list for mutually exclusive value. Furthermore, in this demo, you’ll learn the timeframe that changes with date range and by month.

Finally, the toggle switch is helpful because of its click feature to make a choice as a user. Users can provide feedback when the button is toggled so that users ‘ time is saved. The switch must be correctly used in the correct location. We can see loads of distinct HTML switch buttons, so user experiences are increasing. We have a lot of toggle switch examples above with different styles.

Most examples are simple and easy to comprehend, and some examples have also been somewhat complicated. We can use that instance, but we need to be alert about what kind of switch we need to execute.