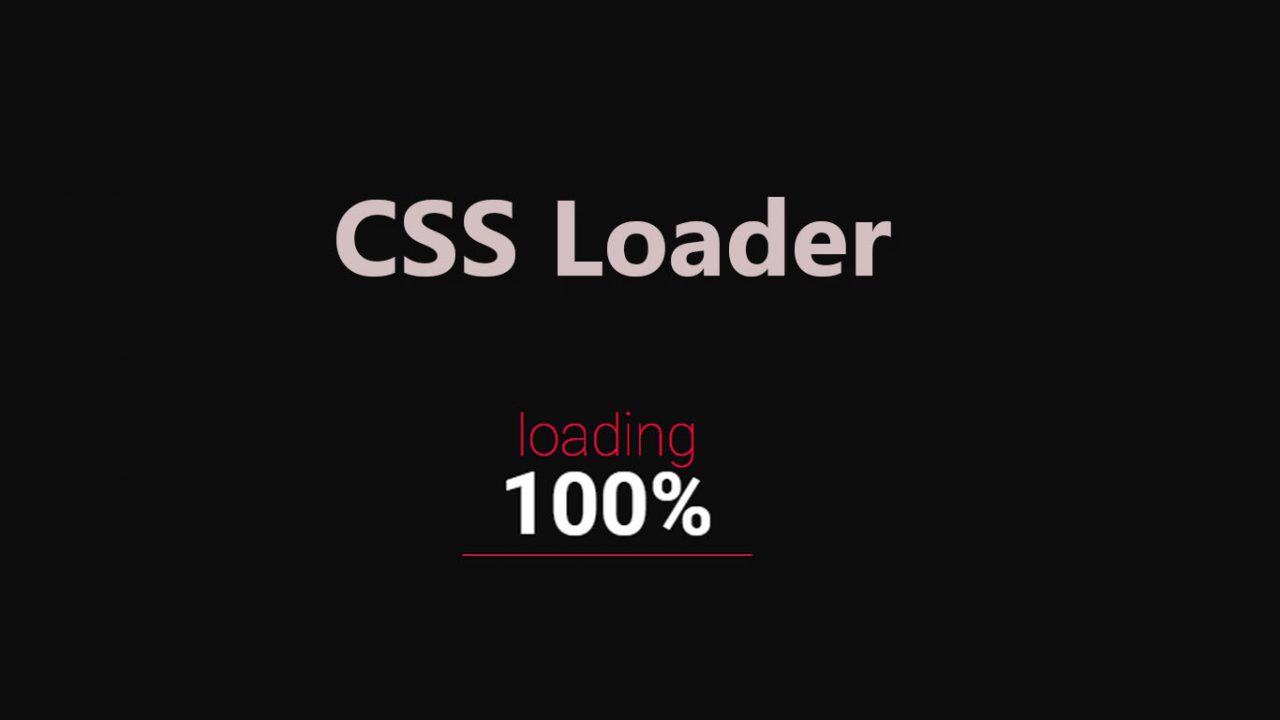 CSS loaders are used when a page is being loaded. A user may feel boring when page he is trying to open takes time. CSS loader helps to make a page look beautiful by using some designs while the page loads. Loaders can be of various types and may contain various effects.

We create loaders with the help of CSS. All the coding is done in CSS. The main motive of putting loaders in a web page is to create a design and also entertain a user. Various types of loaders are found on internet and their codes are also easily available. Along with CSS, Javascript also can be used.

Almost all the web pages use CSS nowadays. It shows its behavior when the page is being loaded. The loader however can make the page load more slowly than usual. It depends on the lines of code or the design used to create a loader. We deal with some examples of CSS loaders below and describe briefly each of them. 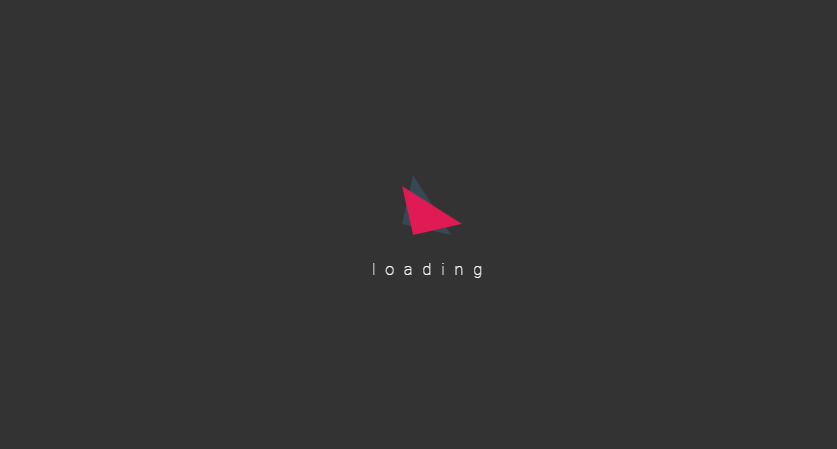 CSS loader is used when a web page is loading. Here we can see that the code is done in HTML, CSS and JS. The effect of the code is also shown in the output. The square symbol is broken down into 2 triangles which revolves and comes to their respective position after making a circle. This is a simple example of CSS loader. However, many of the loaders are made in similar way that they makes a circle that means they revolves. With these types of loaders, the web page looks dynamic and users are also attracted towards them.
Code and Demo 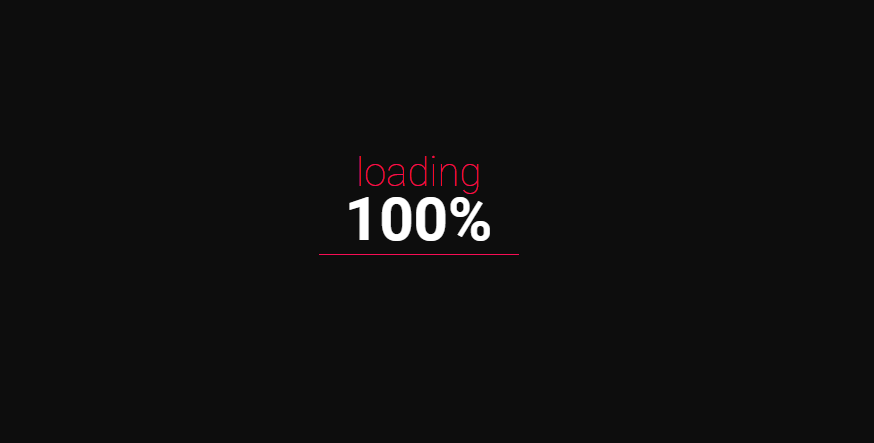 Numbers from 1 to 100 is used in this type of loading. As soon as the 100% is loaded, the web page shows its contents. We often see this type of loading. CSS, JS and HTML are used to create this type of loader also. The font size, style and color can be easily customized and it looks great with perfect color combinations. The code for this loader is shown here and it works easily. But we must consider the versions of the browser. JS is mainly used for changing the value of the loaded % of the web page and CSS as usual for designing.
Code and Demo 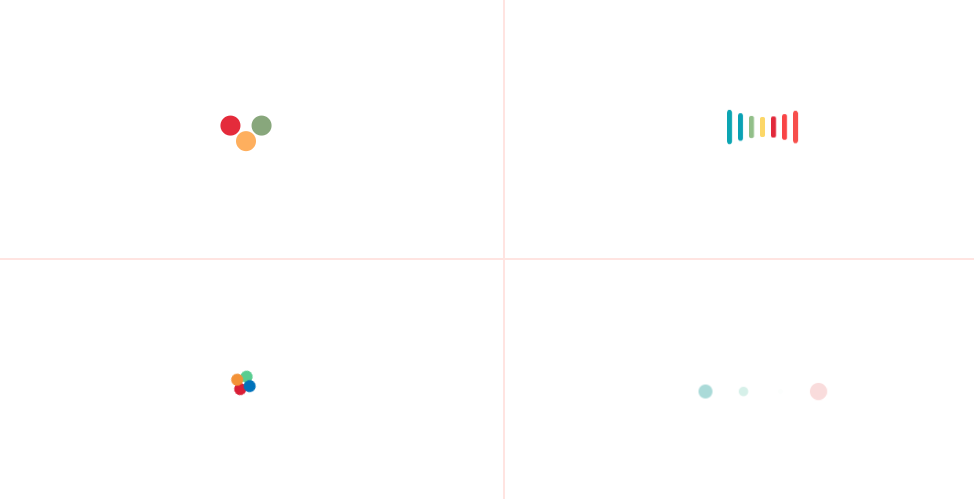 Four different types of loaders are shown here. The code for each is also given. JS is not used here because there is no need of playing with the data. Rather, we are playing with the design only. For each of the loaders, code is given and can be implemented in our web sites easily. The loaders in the left sides are similar to each other and the other two on the right side are also similar. In this way, a loaders can be used in a web site with the help of CSS and JS. 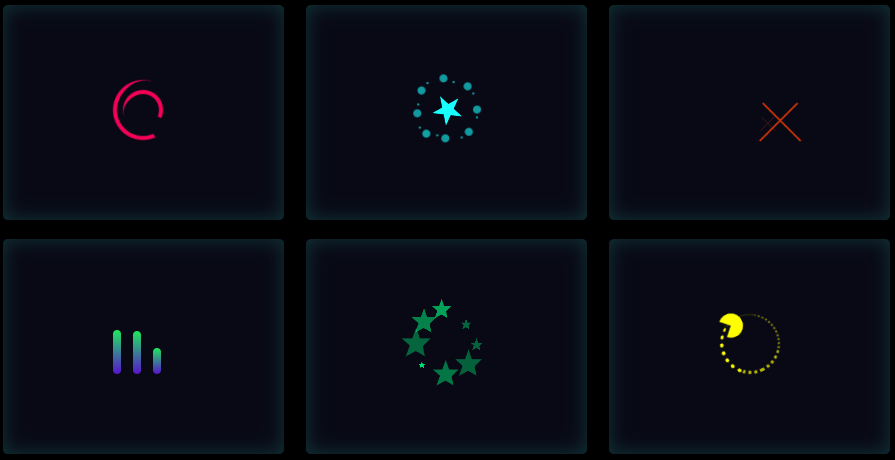 Fifteen different types of loaders are shown here. JS is not used in any of them since there is no use of functions containing data. Pure CSS is mentioned in the title because there is no use of other languages except CSS. A div class is created in an HTML and for each div classes, we code a loader. Most of the loaders are spinners. In these loaders, symbols are used in making the loaders. The codes for each of them are available and can be easily used in our web pages. But like earlier, version of browser must be considered.
Code and Demo 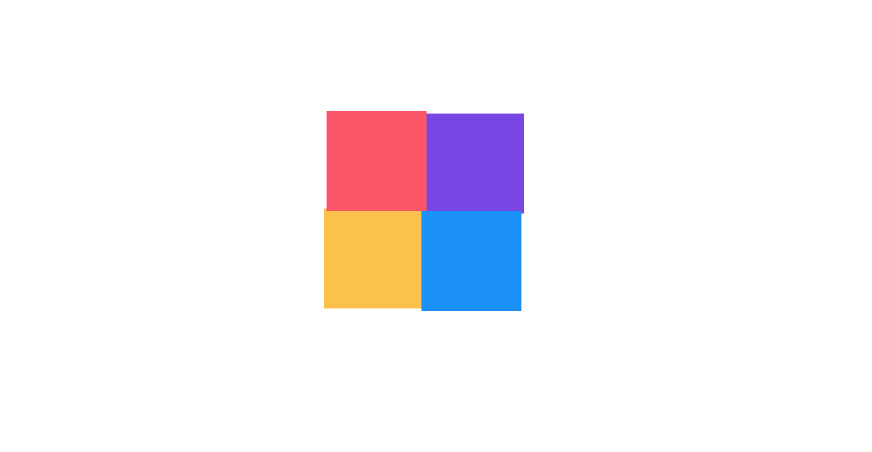 Alexandr Izumenko is the designer of this loader. Beside this, there are other various types of loader made by him. In this loader, four squares of different colors are used and they revolve round one after another as we can see. No use of JS is done here. Only CSS is used to make a loader. Div class is made for each of the squares and the code is done accordingly. We can even customize this loader by changing its color or the background color or even the direction of rotation that means from anti-clock wise to simply clock wise. 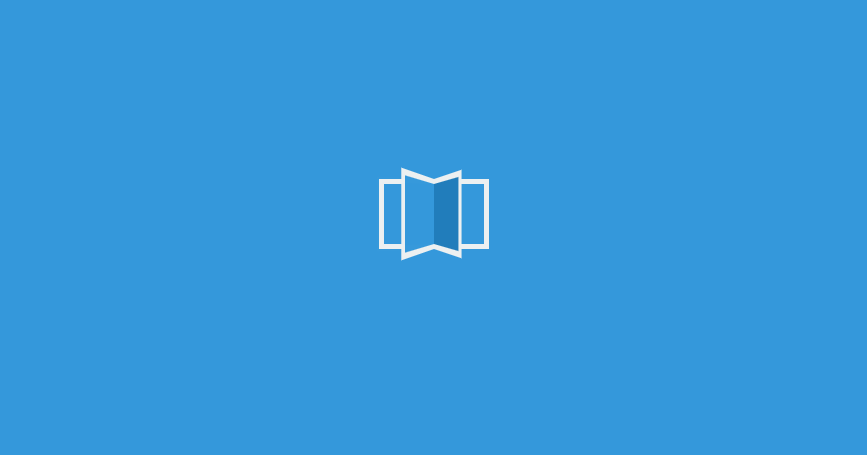 Designer Josh Hillier created this loader. The name itself makes us understand about its design. The design of this loader is similar to the flipping of the book. A rectangle is used here and the design is made in such a way that a book is being flipped from the rectangle. So this design gave the logic to keep the name of the loader. Three div classes are made for the effect. The three classes are for the effects that we can see in the book. We feel like there are three pages in the book that are being flipped.
Source Code 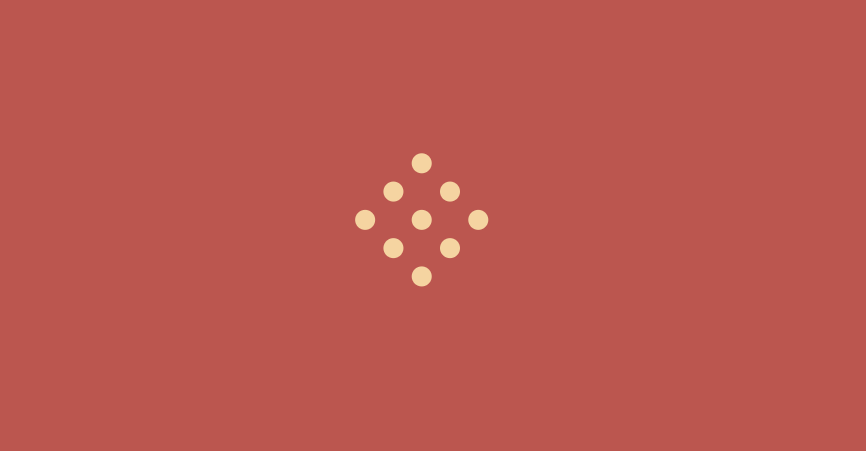 Designer Andreas Gillstrom created this loader. Nine circles are used in this loader. The center circle is always in its own position whereas the other eight seems to be moving from one point to the other. The CSS code is shown and can be easily used to create another similar loader with some modifications (if someone wants). Except for this one, there is more number of loaders created by the designer. Those can be seen in his profile in codepen.io. Use of JS is not done in this loader. Only the CSS and HTML are used for the design.
Source 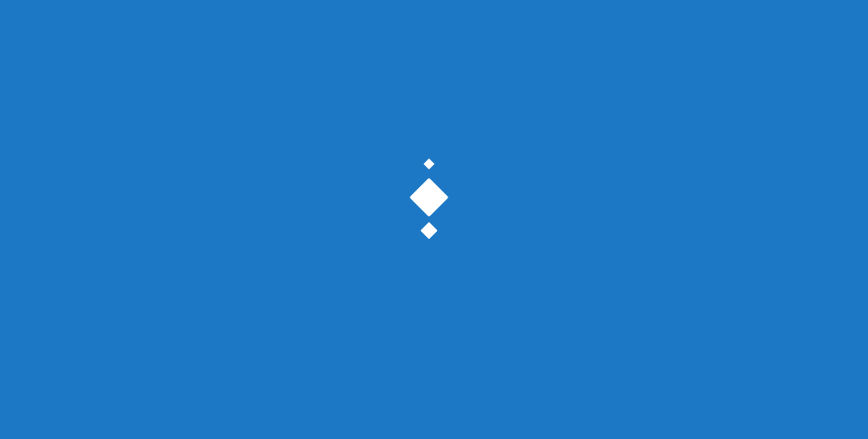 A beautiful loader can be seen here. Most of the times, we have seen a loader which is revolving or moving horizontal. Here is the loader that looks like moving vertical. A diamond like symbol seems to be moving in vertical direction in this loader just like a fire burning. In this loader also, there is no use of the JS. Only CSS and HTML are used for the design of this loader. This loader is created by White Wolf Wizard. With a beautiful color combination of the symbol and the background, this loader looks beautiful and attractive.
Code and Demo

Designer pavel created this loader. By its name, we can understand the design. That is, we can see the loader spinning in the design. There are altogether nine designs of loader. Almost all of them are made using spin. There is no use of JS in the loader. Only CSS and HTML are used for the designs. We can use this loader in our web page considering the version of the browser. We can find similar types of loader in the internet also. Or we can also simply visit the profile of the designer by clicking in the name of the designer.
Code and Demo 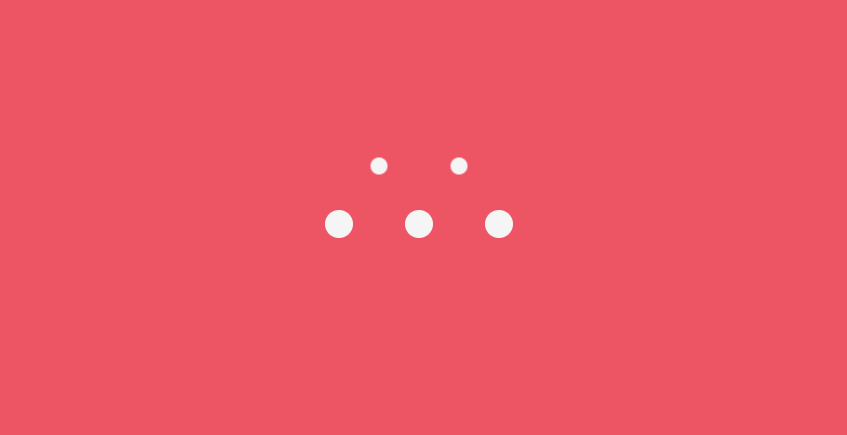 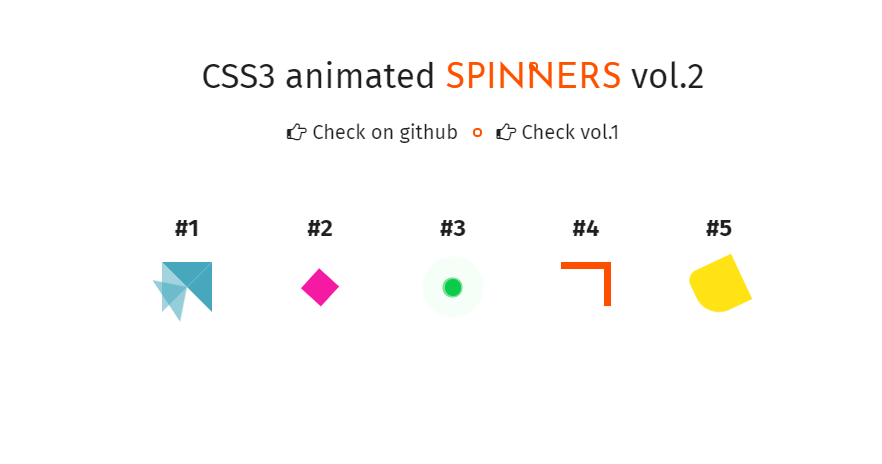 Four different types of loader are shown here. In the first one, the square is broken into four triangles and each revolves one by one. In the second one, a simple pink colored square is shown which seems like bouncing as well as spinning. And the third one, a color is coming out from the dot symbol. The color is the same that the object has. In the fourth one, line moves to make a complete square. In the last one, the symbol keeps on spinning changing the symbols also. There is no use of JS in this loader.
Demo and Code

This loader is made by Jerome Renders. A building shape is shown in the loader. It seems like the height of the building keeps on changing and the effect looks good. There is no use of JS in this design. Only CSS and HTML is used for the design of the loader. This loader looks beautiful and attractive because of its color combination of the background and the object itself. However, this loader looks a bit heavy and vast. These types of loaders are available in the internet and can be used in our own web sites also.
Code and Demo

This loader is created by John Heiner. The heart beat like design is shown in the loader. Six points can be seen in the loader and it seems like the frequency of the points keeps changing one by one. All the points have different color and so does its frequency have. Due to the color change, this looks beautiful. No use of JS is done in this loader and only CSS and HTML are used in the design of the loader. The animation can be customized from its code and can be altered as per our wish and will.
Demo and Code 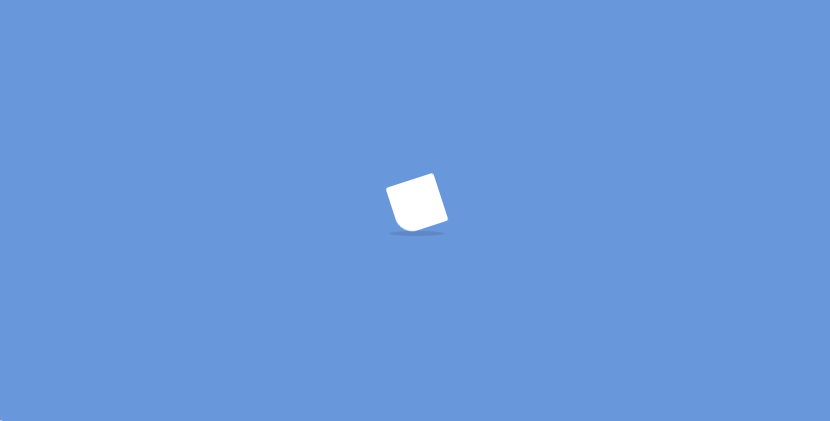 This looks like a unique and beautiful design of the loader. Here the play button is shown and as the page loads, the button fills with red color. With its color contrast and the creativity of making the loader, this is one of the best loader we can ever see. Since the use of loop is done here, JS is also used and for design, as usual CSS and HTML are used. The center triangular symbol rises the level of red color as the page loads. And the outer circle also goes red with the loading of the page.
View Code and Demo 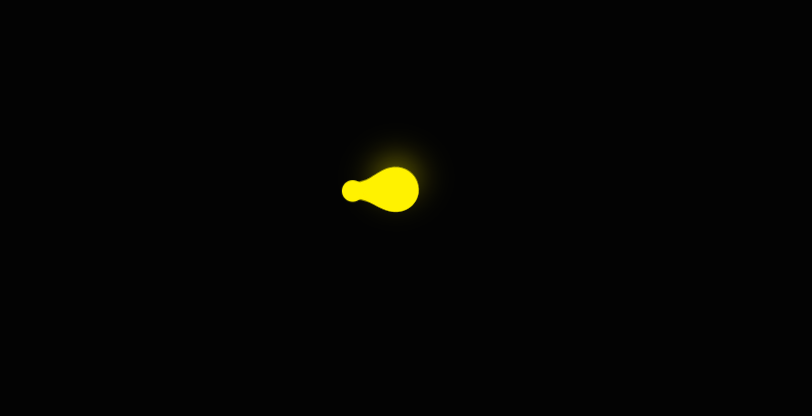 This loader is designed by Elior Tabeka. We can see a circle revolving in the loader. There are the points that actually revolve and we think it as the circle. As the point comes in front of the screen, it simply enlarges and the color of the point also becomes much dark. The color of the point that is yellow is used here to make look similar to the color of fire but as we can edit the code, we can change it as per our wish. There is no use of JS in the loader and HTML and CSS are used for the design.
Source 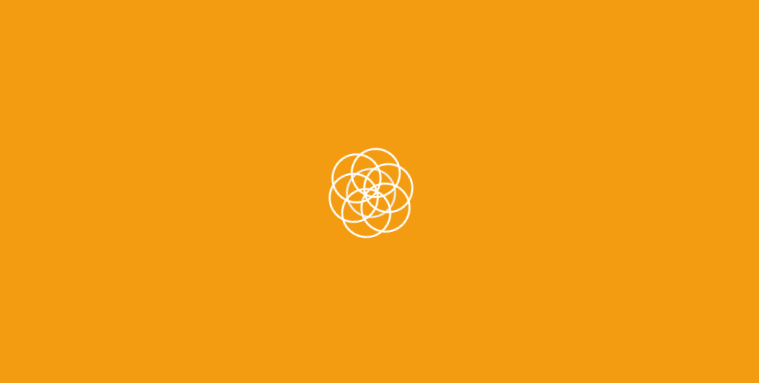 This loader is created by the designer Vijay Kumar Vulchi. A white object on a yellow background can be seen here. The object here is a circle that is spinning in clock wise direction. The circle is not simple though. The circle is decorated and beautiful design is given to it. We can notice the speed lags sometimes if we see it carefully. JS is not used in this loader and HTML and CSS are used for the designs of the loader. This designer has created other similar types of loader which can be seen in his profile.
Code and Demo 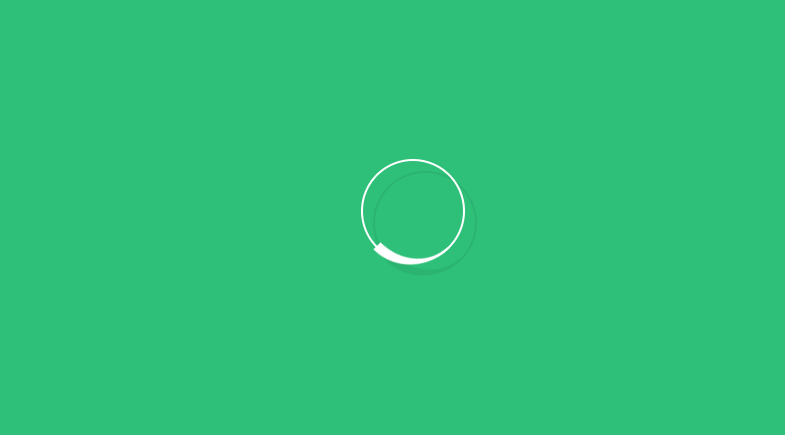 Designer Jeroen created this loader. A circle in the green background can be seen as the page loads. We can notice the circle spinning out there. The shadow of the circle can also be seen beside the circle. After fifteen seconds, the whole animation goes away and a plain orange background is seen which may be the content of the web page. The animation here arises for 15 seconds and after that it automatically disappears. The time is set here by the programmer. JS is used for the time setting function. And the design is done by HTML and CSS.
Source

Designer Bojan Petkovski created this loader. Four differently colored points can be seen in the loader. The straight line comes out from all the points of same color. All the lines meet and after each meet, the lines go back inside the respective points. Now the positions of the points are changed. After the positions are changed, again the line comes out from each of the points and meets in a similar way. And the same procedure keeps on going. There is no use of JS in the loader and as usual HTML and CSS are used for the design of the loader.
Source

Conclusion
We so far discussed different designs of the CSS Loaders. All of them have their own specialty. To choose perfect CSS Loader is not an easy task though. So, any of them can be simply added in our web sites. We should have some knowledge of CSS to create and use such loaders. Loaders sometimes even make our web site load slow. So it must be considered that how much time does the loader takes in a web site.