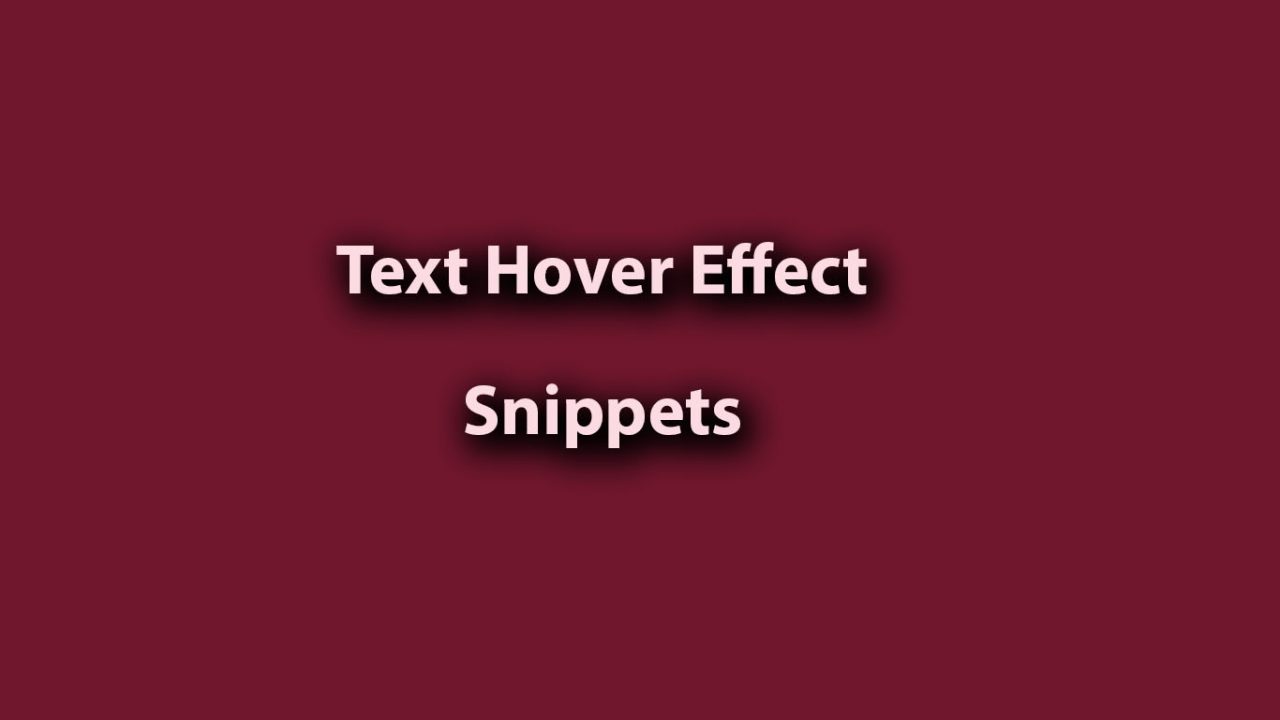 Adding an extra beautiful effect for your web page is always the best thing to do as a front end development. On other hand getting a pre-coded snippet has brought up a new era. While the trend of default CSS underline effect is well appreciated by people, Text Hover Effects CSS Animation Snippet is a new trend. An animation component allows element to gradually change from one style to another. In this case, the text show attractive animation effect after the users selects the item.

CSS allows animation of most HTML elements. Furthermore, new CSS3 characters allows a unique and amazing Text hover animation that in the past had required images and custom JavaScript.

Multiple ready to use codes are available over the internet that could add a hover animated effect. But not all of them are flexible, compatible, attractive and light. Have a look over the list below and select the one best situated for you. 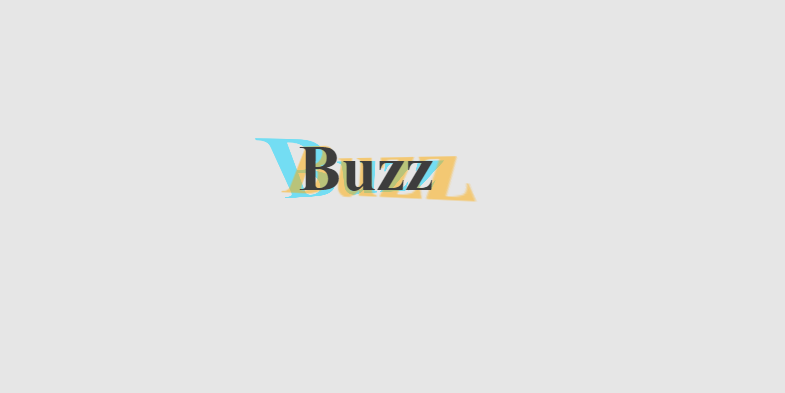 This has extremely light code but a beautifully designed hover animation. When the user selects the text other two texts appears behind the original text. This split, gives a stunning effect. Moreover, you can modify the color and looks yourself.

As the name suggest, this has a simplified text hover effects. When the user selects the text, color changes and a line appear over the text. The effect disappears as the cursor is removed.

Now, this is very unique and compatible hover animation effect. Also, the animation is simple. There’s a line underneath the text, which changes into bigger box like structured when clicked. Furthermore, this is not so attractive, but is unique style.
View Demo and Code

CSS Text Hover Effect is a very stunning and attractive effect but is quite heavy. The text moves around the angle of 360 degree (random in anti clockwise and clockwise direction which makes it attractive). It can also be called a “rotating effect”.

As the name itself says, this hover effect “focuses” in the item you select. The text initially appears blurring and the portion of text which user selects appears clear giving a very sexy look.

After the “focusing” effect, here is the disappearing effect. The text flies out and disappears when selected and reappears again .Also, using this effect for larger number of text might create problem in reading the whole text.
Code and Demo

This is flexible and compatible CSS Hover effect. A box like structure approaches and crosses the text when courser is moved across. Furthermore, this simple animation definitely looks attractive and interesting in your webpage. 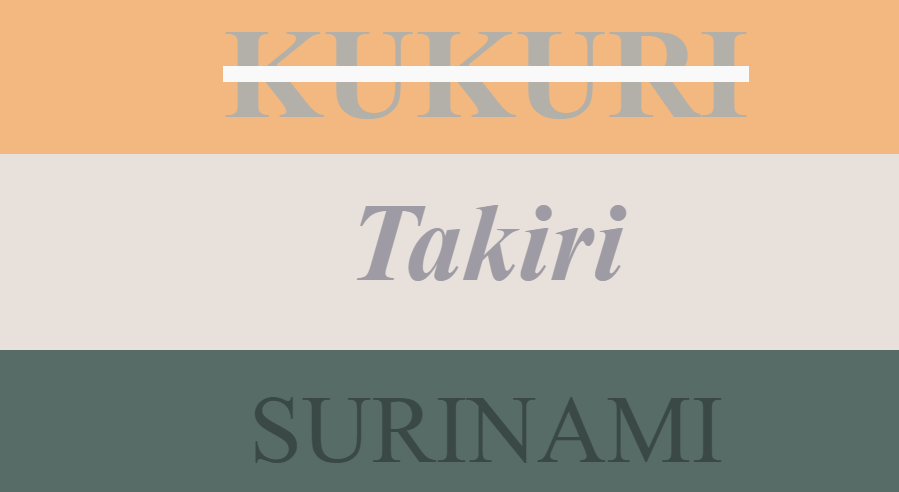 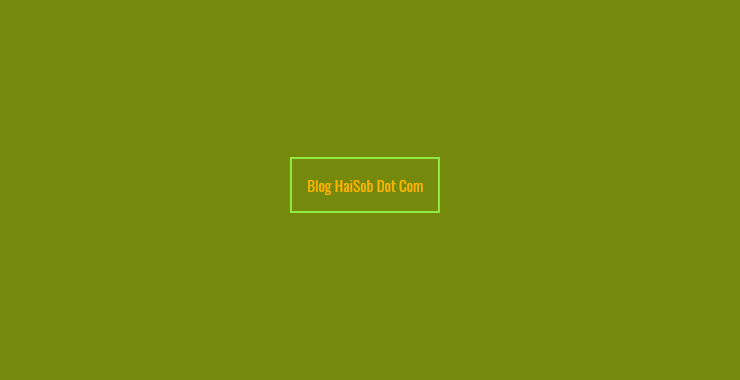 This is another light and beautiful hover effect with CSS codes. The text originally looks larger, and when the user select, it changes into small font and is surrounded by a box. Furthermore, this can be used with multiple texts or a single text.

This is also a color changing multiple animated hover effect. It has five different animations and gives each line of your webpage a different look. The change in color follows each animation, and you can modify the color in your own will.
Code and Demo

This is also simple and light hover effect with multiple animations. It gives three different kinds of effects, respectively underline, box and shine. You can add all three effects in single page with just few HTML and CSS codes. 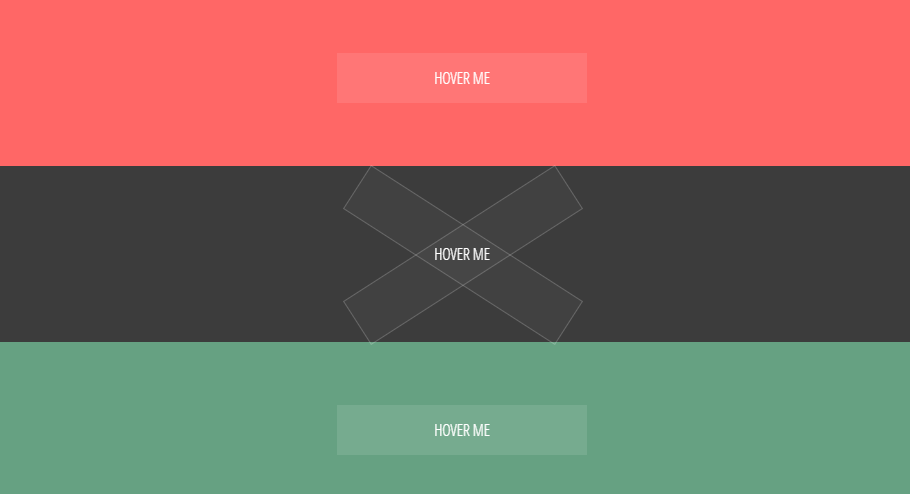 This is compatible CSS code with unique animation. Three different kind of animated work together to give a beautiful effect to yours text. It is quite heavy, but you will love its stunning look.

Last but not the list, this is also a beautiful hover text animation. The text fades away with the appearing line. Moreover, this might also cause problem to read the lines for use if used in rather long lines.
Source

A designer never hesitates to try new and trending effects over his website. After all, his main motive is to make the webpage and application attractive. Text Hover Effects CSS Animation Snippets makes every text to animate in different way might be best way to attract the user. Having a look in the list above, you must have selected one that fits with your case, haven’t you?