16 Most Used Programming Languages in 2022 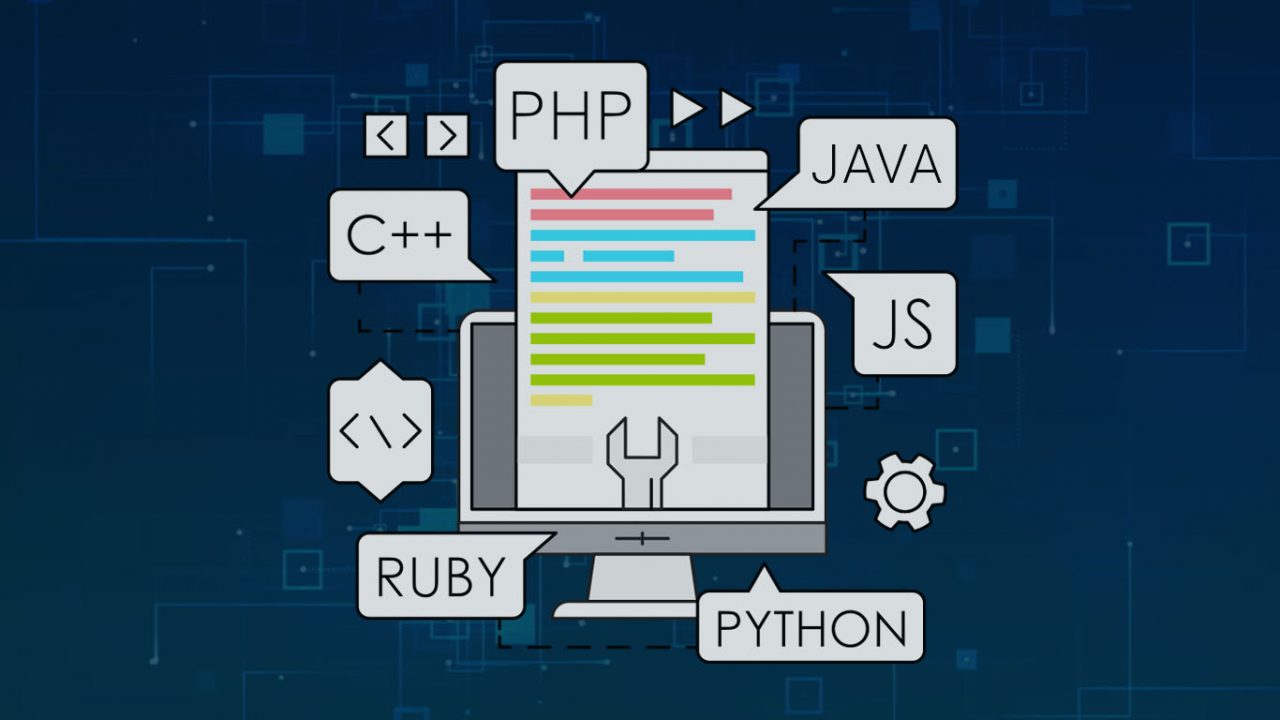 We are living in a very fast changing and demanding world. Technology is also growing and changing at an exponential rate. In order to match with the change, our IT industry needs to be very dynamic, and it is. This is where the role of programming languages comes into play. In 2018, there are much newer and advanced technology that will overthrow the older ones.

In this year, 2022, there will be many technologies like, IoT, smart devices like fitness wearable and digital assistants, AI or Artificial Intelligence, smart cars, VR or Virtual Reality, ML or Machine Learning, automation and many more, that will establish their necessity in making our daily lives easier.

16 Most Used Programming Languages in 2022

Here, we will discuss about the 16 most used programming languages in 2022. 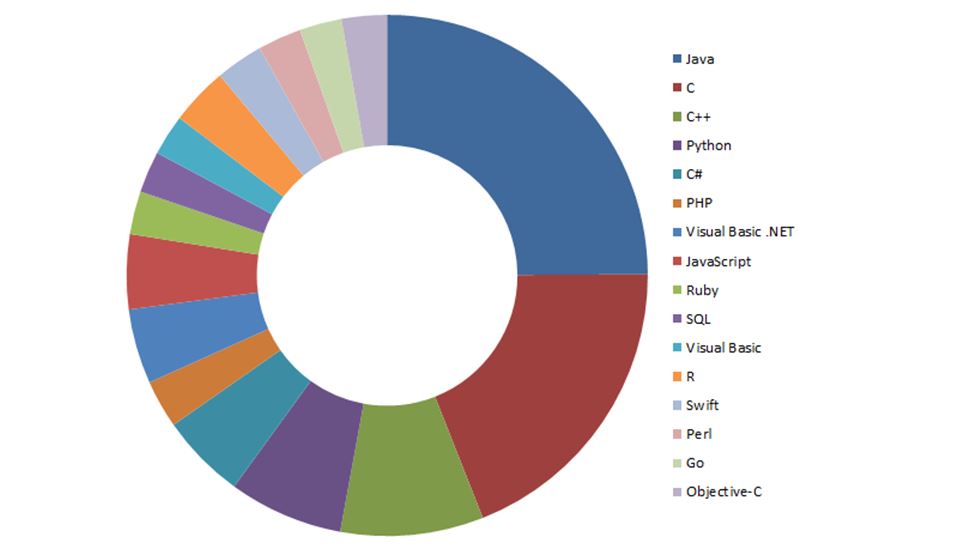 Java is one of the best, easy to learn and easy to implement language for network programming. Its WORA (Write Once Run Anywhere) feature makes it platform independent. It runs on a secure and robust virtual machine called JVM (Java Virtual Machine). As a newbie, JAVA can be your first programming language.

C is the most popular programming language for the development of system software. The companies that build operating systems, language compilers, interpreters, assemblers, databases and network drivers rely heavily upon it. It is a procedure oriented programming language. C is your best friend as a newbie.

Here is the big brother of C with object oriented programming features. The C++ programming language was designed by Bjarne Stroustrup back in the 1985. It is believed to be the language with very deep concepts. It is a very fast and reliable programming language. Google uses it to process huge amount of data at a very limited period of time for its indexing purpose.

In the present time, C++ is widely used in the field of IoT, mobile computing, high performance mobile game development, etc. Many resource intensive applications are built using C++. It is also used to develop native android apps. Many game engines like Cocos2D and AndEngine use C++.

Python is a dynamically typed language and its usage is growing in such a rapid rate that it is believed to take the position of Java in the future. Technologies like artificial intelligence, natural language processing, machine learning and data analytics use Python frequently. A very wide range of libraries are available for Python. Google uses Python in its servers.

Microsoft developed C# for application development in Windows based platforms. It is an Object Oriented Programming language and is very similar to Java in most of its aspects. A Java programmer can easily get familiar with C#. The C# programing language also has an active community support for developers. It is widely used for immersive games development using Virtual Reality technology.

C# is faster than dynamically typed languages as things are clearly defined. It is also used in Windows server machines and is used to create Active Server Pages.

PHP stands for Hypertext Preprocessor. It is also an Object Oriented Programming language which is designed dedicatedly for server side scripting. The server runs the PHP code to provide response to the client requests. 80% of the top 10 million websites use PHP. Nowadays, the number of startups are growing all over the world, due to which, the usage of PHP as server side language is increasing rapidly. Popular websites like Facebook, Whatsapp and Wikipedia use PHP.

PHP is beginner friendly and has a vast community support on the internet. If you are a freelancer or you are planning to bring your business online, PHP will help you with it.

Visual Basic is a programming language developed by Microsoft to develop applications for windows platform. Microsoft created .NET to provide an infrastructure for building, deploying and running of applications and services that depend on .NET technology. This also supports Object Oriented Programming. It comes into use when we are making some Windows service or inventory management or store management software which demands quick production of the software and delivery to the client. Software firms use it to make personalized software for small business, retail stores, shopping malls, etc.

JavaScript is a high-level, multi paradigm, dynamic and interpreted programming language specially designed for client side applications. Most of the websites implement it to handle the response from the server in order to create dynamic and interactive web pages. JavaScript minimizes the requests that are required to be sent to the server and also minimizes the time lag of websites and also cuts off the extra load on the server.It is also used for the development of online games. The Unity game engine also uses it as a scripting language for its games.

If you are a freelancer and want to enter into the world of web development, JavaScript is the best language that will help you complete your projects without any hassle.

Ruby is a very high level language and abstracts away most of the complex details of the machine. It is fun to work in Ruby as it is very close to spoken language. Ruby encourage functional-style programming and let you code faster. The number of compilation errors encountered in Ruby is relatively lesser than other strictly typed or strongly typed programming languages. The companies like GitHub, Airbnb, Hulu and AngelList use Ruby.

Rails is a development tool for Ruby that gives web developers a framework, providing structure for all the code they write. Ruby is more popular in startup businesses. Ruby developers have a good career and scope in future.

SQL stands for Structured Query Language. It is a very widespread language and is always preferred for the storage of structured data. Its main purpose is to maintain databases. In the present time, due to the growth of technologies like IoT, Machine Learning and Information Retrival, SQL has become a very important part of the programmer’s life. It is very easy to learn and understand as its statements closely resemble our natural language. It has a very large community support on the internet and one can easily find the solution to most of the problems. SQL is used to store data on the server in conjunction with another programming language to accept queries and operate on a database. Login systems, e-commerce websites and many other online business use SQL.

Visual Basic is the programming language developed by Microsoft for the development of applications for its own platform. Unlike VisualBasic.NET, it does not run on the .NET framework, it has its own runtime. It was specially developed by Microsoft keeping in mind, the requirements of its developers. It was intended to speed up the process of Windows based application development.This language uses an interpreter to translate the program from high level language to low level language. Its major drawback is that, it doesn’t support multithreading. BASIC stands for Beginners All-Purpose Symbolic Instruction Code. It was mainly used for the development of offline Windows applications like calculators, text editors, etc.

R is a programming language designed and developed specially for statistical operations. As technology improves, the data companies or research institutions collect has become more and more complex, and R has been adopted by many as the language of choice to analyze data. R is a great language for data analysis, visualization and machine learning applications. There is a very big community support for R. R is very easy to use and diminishes the confusion while dealing with large datasets.

The use of R is increasing rapidly, due to the increase in the frequency of machine learning and data analysis applications. If you are an individual, looking for the job of a data scientist, R is the best language to start with.

As an Apple developer, Swift can be your first choice. This language is made by Apple specially for its developers. It is a beginner friendly language. Swift is open-source, i.e. you can use it to code on Linux and Android as Apple provides prebuilt binaries for Ubuntu.This is great for developers creating server client applications. In case of job opportunities, there is a high demand of Swift developers. The number of jobs outnumbers the number of developers.

Swift provides the 2D Sprite Kit for Apple developers which makes 2D game development for iOS devices easier than ever.

Perl is recognized for its special parsing abilities. Its ability to parse strings and regular expressions has no competition till date. It was originally designed and developed by Larry Wall in 1987. Perl was implemented by using the C programming language. Perl 5 is used for system administration, network programming, finance, bioinformatics, and other applications, such as for GUIs. It is a dynamically typed language and is influenced by languages like C, C++, Lisp and few more.Amazon uses Perl in most of its services. Ticket management systems and flight simulators used to train commercial and military pilots use Perl. It is a dynamic programming language and is easy to learn.

Go is the programming language developed by Google in 2009. It has a strong, static, inferred and structural typing discipline. It uses a compiler to convert its high level language code to machine level code. Go has goroutines instead of threads. The goroutines are more memory efficient as compared to threads. Goroutines use more memory only when needed.

The Go programming language is developed by keeping concurrency in mind.Go is packed with the goodies of high performance programming languages like C/C++ and is executed directly on the hardware rather than on a Virtual Machine. This is why Go is faster than Java/Python.It has a very rapid growth due to the increase in the use of cloud computing technology.

These were the programming languages which are going to rule the IT industry of 2022.But as mentioned in the beginning of the article, different languages are going to have different priorities and impact on the IT industry of 2022, because, the technology used by them are different. Again, there are some languages like Java, C, C++, Python, PHP and SQL which will be more dominant in 2022 due to the emergence of new technologies and a large number Small and medium-sized Enterprises. Thank You! Have fun playing with your codes.