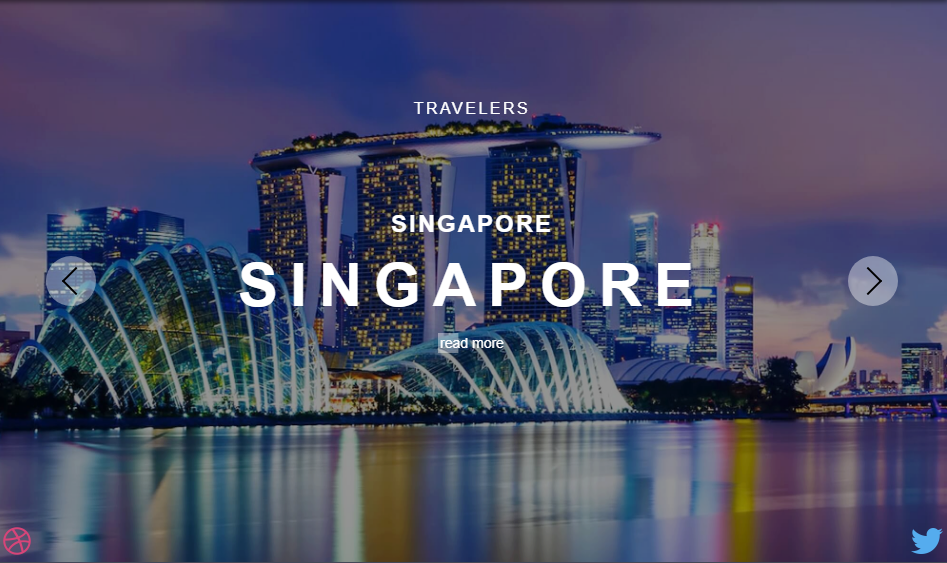 Psychology says that people tend to remember more from listening that reading and more from watching than reading. There are basically two alternatives to watching. One is a video player which we have already covered before and another is image which too we have covered to some extent. However, we are doing it again on react native slider component examples to get carousel and image slider that enhances beauty of you website.

There are a number of things you need to consider while implementing an image slider for your website. If you want it to represent your entire application or website without even saying anything make sure to include a variation of images that people would like to see. Ofcourse I shouldn’t be telling but select some good quality pictures with alt tags for SEO purpose as well. Other things that needs consideration are transition style, navigation options and decision on whether or not to allow preview options. There are plenty of other things that should be considered which we will catch up as the article proceeds.

There a number of benefits associated with inclusion of slider for your website. They are the marketers and promoters of your website whom you don’t require to pay. Additionally, they deliver the key contents while maintaining a beautiful website layout. Summarizing everything I can just say that they are integral part of the website. So, its the only question of which slider you should consider and why. Well that depends on your website theme, requirements and other contents. To help you decide on that we have 12+ examples on slider component so stay with us and tell us which component was made for you.

Let’s look at few examples of which slider you can include for your website and how to achieve so.

We start today with an amazing react image slider that will go down well with any home page of the website. This is because it is a prime example of react slider component for premium layout of a website.

The react slider component doesn’t only serve the purpose of a native image slider but comes with some amazing animation as well. There’s some difference between sliding down a simple photo album and showcasing it in a website. That difference consist of great animation effects for full utilization of web capabilities. The image captions along with additional buttons come in their own pattern for a good user experience.

Awesome slider is just not a name given to this component of react slider. It is a tag that comes with a number of features. The react carousel is a light weight component that renders animated set of slider at 60 fps.

Don’t worry if you’re considering network issues while having a number of images to showcase. This is because for initial load comes with loading animation so that users know their request is under progress. With support of touch screen, the react image slider goes well with mobile device as well.

How would you advertise a brand new car using a website? Its very simple. Get a collection of amazing pictures of the car and put them in an auto slide show just like the react image slider shown below.

The picture speaks a thousand words on itself. Because of its auto slide nature you don’t need to depend on viewers action to navigate. Therefore, you can exhibit things that you want to show not wait on whether users want to see or not.

The react image carousel is different from other examples of native slider with the preview feature that it brings. While in previous examples user has no idea of what to expect next, this one comes with a sneak peak on other images to follow.

This example and previous ones both have advantage on their own way. While the previous one keeps suspense for users on what to expect, this one has a preview to all within a single screen. It really depends upon the type of users viewing to decide on which one is better.

As we just said it depends upon users viewing the image slider to decide on which react carousel is better. On top of that with a number of animation effects available for image transition it might not be get more confusion in terms of selection. To help you deal with your dilemma we have included this react image slider in the list.

Choose from simple image transition to fading effect or zoom in / zoom out effect to make your slider amazing. Alternatively, if still in confusion add all effects in a single react slider to give a next level viewing experience for users.

Slidy is a carousel slider component built in react for creating a smooth and minimalistic image slider. Determined to give an optimal performance by supporting 1:1 slider for any content as well as lazy loading for better response time. In addition the slider supports keyboard navigation so that you don’t need to get involved with image itself for slide experience.

If I ask you what will you get in a 1 KB file then you may have no answer since even a simple image comes in large size these days. However, a react carousel slider component with support for all modern browsers comes in same small package.

You may have been under the impression that you can have only one image transition effect per transition. Wait until you see this example of react slider component. The animation effect includes the current image to zoom out allowing adjacent image to slide in from either direction.

The current example of the slider component doesn’t include auto show down. However, you can show your creativity by including the effect for an enhanced version.

You may wonder do we need to show animation for every component. Well you may want your logo to remain unaffected from the transition animation. This is a great strategy for your brand’s image that can be achieved from slider link below.

No slide in, not zoom out, no zoom in not even fading out. The image carousel slider with react has the animation that looks as if one image is transforming into another. Smart selection of the images and you get a cool css and javascript trick for your website.

Image transformation is a good option to show progress or whatever changing effect that you may want to show. Maybe being a page owner of automobile site you may want to show you have converted power of a rhino into your machine. Simply include a rhino and your product’s image with similar effect and your work is done. I know the example is laughable but I was just trying to give an example. Its time for you to show your amazing creativity.

The react image slider is specifically for travel related website or blogs if we go according to the demo examples we have here. The animation effect is slide in of adjacent image so that it looks like you’re going through a travel photo album. The images slide down automatically within certain duration and user have no control over navigation. Therefore, its a simple exhibition like component for your website.

The code from the link below has all configuration options like transition duration, image positioning within the first few lines. Therefore offering the backend control for the react native slider. Give your own mix to the slider by manipulating the code to obtain one as per your need.

The image slider consists of position indicator that also serves for navigation. One advantage of this is that you can navigate to any image within a collection without having to go through a sequence of steps. The layout is very similar to a number of slide show that we see in a number of websites.

We have the link to code below so you can include addition features such as auto slide, extra navigation buttons or new animation effect if you like. Current effect is simply sliding to left or right depending upon direction of navigation. You can stick to it if you like, only less people may complain.

The rotating carousel is the face of your application with the very same react slider component introducing yourself to the viewers. Be it mobile phone, desktop or a tablet this auto rotating carousel is the solution for all devices. You have made a great app or a game and want tutorial slides embedded or an introduction slide to greet your users, do it in a way that influences the users.

The slide becomes the highlight of your application while dealing with key features, recommendations, benefits of the application and so on. Just take the example of google when you open a new gmail account. All those things you experience when logging in from a new account can be given from this react carousel.

13. A simple image slider with React.js

While a number of examples of the react slider component have occupied almost a whole screen, this native slider offers similar functionality with so much little space. With a small space occupancy just like a menu header, you can even use menu in similar style. It would look like navigation menu of a macbook. Two implementation of a single layout.

It will be cool widget to your amazing website or application that just resides there waiting to give a good experience to users. With this react slider component you don’t need to assign a separate page for gallery. Moreover, the layout can be used a preview of collective images with a larger picture on the screen after click.

The final example on today’s list agrees with the idea to give users the control to image slider. This is because previous examples provided only single navigation option while this one allows the users to set the image range with a scrollable slider. Navigate one image at a time or half way across using the slide its you who decides what you see here.

The example doesn’t only have implication on image gallery but is very similar to pagination structure. So, why not mix slider and pagination to give another new experience to user. It not only looks good as layout but serves the purpose of easy navigation to the user. Therefore enhancing the user experience.

So, that’s all for the day. Just some combination of CSS and JavaScript and you get an introduction page for your amazing website or application ready. The primary implementation one thinks of when talking about image slider is the gallery in the website. However, it isn’t limit to there. Ofcourse the gallery is primary implementation when talking about image slider but how you display the contents, how that influences the user is the key. Besides any slides as a part of product unveiling, advertising, marketing or even relational reporting can be done efficiently with amazing slider components.

Did we miss anything or would you like article on something specific? Don’t hesitate to comment down below. After all, we are doing all of these for you.